Home › Jewish Holiday Gateways › Chanukah › The Meaning of Chanukah
And Other Questions People Have Asked Me. 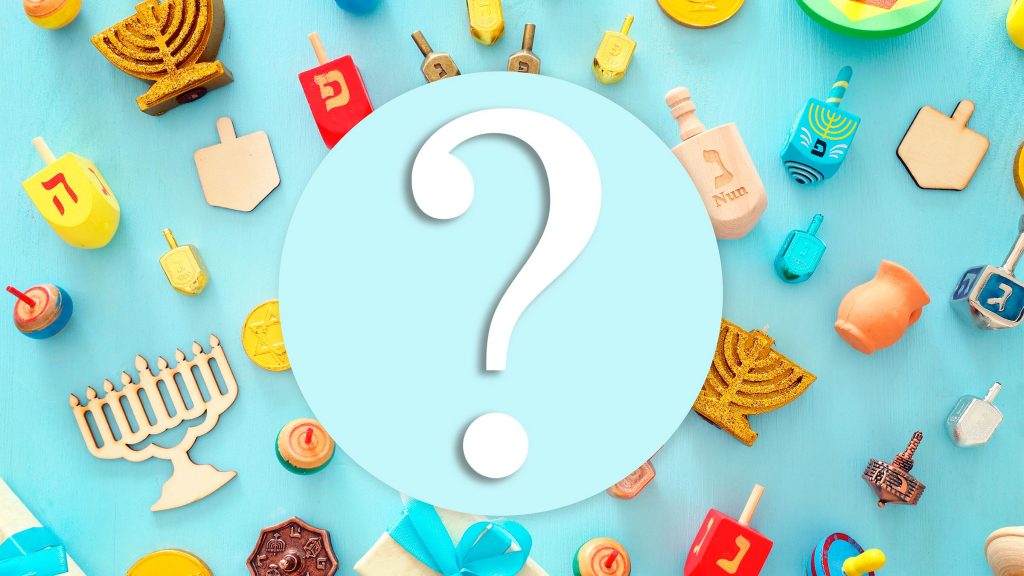 Q. Why did the Sages institute the Holiday of Chanukah?

Everyone agrees that there was some sort of victory. The Jews won something from the
Syrian-Greeks. The point of popular misconception is what exactly we won.

As you may have seen from reading my article The History of Chanukah, we won the right to live our own religious lives.

But how does the Menorah fit into that?

The truth is that there is a lot of symbolism there.

The Menorah symbolized the wisdom of Hashem, i.e., the Torah.

What were the ancient Greeks most famous for? Their wisdom and knowledge; art, architecture, philosophy.

It was in fulfillment of Noah’s blessing. You remember how Noah blessed his sons Shem and Jefeth?

In Genesis, Noah blessed them with: «May Hashem give beauty to Jefeth, and may He dwell in the tents of Shem.» The Greeks were descended from Jefeth (Yavan, the ancestor of the Greeks, was the son of Jefeth), the Jews are descended from Shem. The Greeks were devoted to creating beauty. The Jews were devoted to experiencing G-d. Jefeth had beauty, but Hashem dwelled in the tents of Shem, i.e., in the Holy Temple.

The Greeks displayed much beauty, but it was all external. It was all with self-promotion, not with the intent to glorify G-d. This was why they invented narcissism. They would exercise and compete in the nude, for example.

And that was the essence of the friction between the Jews and the Greeks. The Greeks did not mind if we worshiped Hashem, as long as we also worshiped their gods and did things their way. As long as we studied their wisdom, learned to admire the naked human body, and the beautiful statues of the gods, we could worship what we wanted. Wisdom and beauty it is, but not our kind.

And that is also the point of the Menorah. The Menorah gave light. Light is a euphemism for wisdom.

When G-d created the universe, He created a special light that He later hid for the righteous to enjoy in the World To Come. The Rabbis taught that if you wanted to get wise, you should go to the Holy Temple, face the Menorah, and pray for wisdom, because the Menorah represents wisdom. Even the olive oil that went into the Menorah had to be pure, according to the Bible’s Commandment. The oil could have no admixtures from outside. So, it was very significant that it was oil that they found! Of all the things they could have had a miracle with, it was the oil. This symbolized the triumph of the wisdom of Torah over the wisdom of the Greeks.

And that is what we celebrate on Chanukah.

The only land they won back was the Temple Mount, which had been converted to a pagan temple. I think it had been used as a temple to Mercury. Whatever it was, it was horrible. Even the city of Jerusalem was still under Greek control. At no point did the Jews actually gain political freedom from the Greeks.

The only real victory was the right to restore the Holy Temple service. So, in essence, what was won from the Greeks at that time was religious freedom. The right to keep our own wisdom, without being forced to keep the wisdom of the Greeks. And that is the real reason for the miracle of the oil and Menorah.

So many people find strange ways to celebrate Chanukah, and often it contradicts the very message of Chanukah! Like Chanukah bushes, one of the more startling examples of diluting our religion. A Chanukah bush is an imitation of the Xmas tree. It is an example of the very thing the Hasmoneans were fighting against!

A. The Sanhedrin established Chanukah. The Sanhedrin was the highest Jewish Court, and its judges were only the most respected and most observant Rabbis of the time.

The Sages of the Sanhedrin instituted that on Chanukah we should thank G-d with praises, joy, and Torah study, and that we light the Menorah each night of Chanukah.

This happened during the time of the Second Temple, around 164 BCE.

Q. Don’t you find that the message may not be the same for everyone?

A. It is true that many people miss the religious significance of Chanukah. Some people see it as a family gathering, or a celebration of military victory over the Greeks, or any odd number of misconceptions. Yes, it is indeed a celebration that involves family, as must all religious growth and all religious observance. But there was no military victory, and it involved the Holy Temple, not Jewish families.

No political victory was won. They still had to pay tribute to Syria. They were still under the yoke of the Syrians. To attach political concepts to Chanukah is to ignore history.

Who established Chanukah in the first place? The Hellenist Jews? The political powers? Or the Rabbis, who established it BECAUSE it had religious significance!

In other words, Chanukah was established to send a specific message, to teach a specific lesson. To learn any other lesson is like celebrating «Trick or Treating» on Veteran’s Day. It has no place at that time, if ever, and it is a mockery of the original purpose.

Q. When does Chanukah End?

A. At sundown after day eight.

In Judaism, the day always comes after the night. It does not end on the eighth night, as so many people think, but at sundown after the eighth day, that is, as the ninth night begins.

So, in other words, we light eight lights on the last night of Chanukah. The next day is the eighth and last day of Chanukah. We still pray the Chanukah prayers that eighth day. When the sun goes down, and the stars come out, Chanukah is over.

A. Well, you will remember that when the Greeks defiled the Holy Temple they destroyed all the jars of olive oil. The Hasmoneans found only one jar of oil — a jar that should not have even existed, and it had the seal of the High Priest on it.

They had only that one little jar, and it had to last until they could get fresh oil.

They had to send a rider to Mount Ephraim, where the olives grew. The rider set out on the day after the battle. It took him three days to get there, one day to press the oil, and three days to get back. Thus it took eight days to get fresh oil. (There’s another reason why 8 days were necessary, but it’s more complicated.)