Home › How to Keep Shabbat › The Weekly Portion of Torah 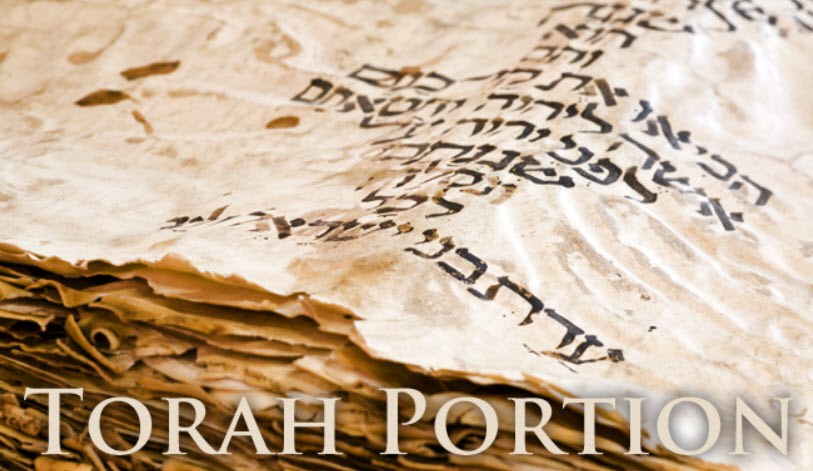 Pay close attention to all the words through which I warn you today, so that you will be able to instruct your children to keep all the words of this Torah carefully. It is not an empty teaching for you. It is your life, and with it you will long endure on the land which you are crossing the Jordan to occupy.

The Torah is our life, and it gives us endurance. Hashem has commanded us to constantly study Torah, whenever we can. To help us with this, the Five Books of Moses are divided into fifty-four portions, one for each week of the year. Each Shabbos of the year (except those that occur during a Holiday) the portion (or, parshah) for that week is read aloud in the synagogue.

Okay, okay, before you shout at me, I know there are really only about fifty Shabbosim in a Jewish year. So what do we do with the extra parshos? Well, actually, some Shabbosim have TWO parshos. Sometimes, when there aren’t enough weeks in the year to cover all the parshos, we read two short parshos on one Shabbos.

So why do we have those extra parshos in the first place? Because during a Jewish leap year, when there are thirteenth months, there are about four extra weeks. We need to read something that week! So one way or another it all evens out at the end of the year.

We are each obligated to study the parshah on our own each week, even though we hear the entire parshah read in the synagogue each Shabbos.1

There is, however, a specific way to study the Shabbos parshah, as we shall see.

The first thing, of course, is to know which parshah is the parshah of the week. It is vitally important that you own a Jewish calendar. Among the things found on a good Jewish calendar is the name of the weekly parshah.

Read each verse twice, even though we will hear the Reader read the parshah out loud on Shabbos to the congregation. After studying the verse twice, study Rashi’s Commentary on that verse. Or, you may read all the verses in the entire parshah once, and then read the first verse at a time

This is called “Shnayim Mikra V’echod Targum,” which means “The Verses Twice and theCommentary Once.”

Some people also include the Targum of Unkelos, which is an authoritative Aramaic commentary and translation that is part of the total body of Judaism that Hashem gave us at Mount Sinai,2 and was written down by Unkelos during the late first century CE or during the early second century CE. The original Custom was to review the parshah each week with Targum Unkelos. However, if you don’t understand Aramaic, you cannot fulfill the obligation by studying the Targum. So nowadays many people study Rashi instead, or study both Targum and Rashi. Both the Targum and Rashi explain things that are not understood by merely reading the verses, and that is why they are important.3

When studying the parshah, it is important to understand what you are studying. You might want to use a good English translation to read as you study each verse. Today, there are some excellent translations of the Chumash (Five Books of Moses) that also include a translation of Rashi. If you cannot get a good translation of Rashi’s Commentary, you may, instead of reading the Targum, read a book that has a good treatment and explanation of the Parshah according to the Talmud’s Traditions. (I recommend The Midrash Says, or the Tz’enah Ur’enah.) Under such circumstances, that counts as studying the Targum.4

Because Shabbos is the primary source of our holiness, we must prepare ourselves both physically and spiritually to receive that holiness each week. A very important way to prepare your self spiritually is to study the weekly parshah. Even though we hear the entire parshah read in the synagogue each Shabbos, we are each still obligated to study the parshah on our own each week.1

Why do we study it three times, once with the Targum? One of the many reasons is that Hashem gave us the Torah three times. The first time was at Mount Sinai. The second time was when He reviewed it with Moses at the Holy Tabernacle in the Desert (so that Moses could teach it to us). The third time was just before Moses passed away. The third time, Hashem commanded Moses to teach it to us and “explain it very well.”7 Therefore, the third time we study the explanation.8 Unkelos and Rashi are the most heavily based on the direct transmission of the explanation of the Torah (the Oral Law), and so we study those.

While women are encouraged to study the explanation of the parshah in such works like the The Midrash Says, or the Tzenah Uri’enah (and indeed, it was the Custom in many parts of Europe for women to read the Tzenah Uri’enah on Shabbos), they can receive the holiness of Shabbos even without doing so.

When to Study the Parshah

The Talmud5 says that one should study the parshah when the congregation does, meaning that we study it during the week that it is read.

When is the parshah read? Technically, the congregation begins reading each parshah during the late-afternoon prayers on the Shabbos before the parshah is read. Each Shabbos, we read an entire parshah in the morning, and just a little bit of next week’s parshah in the afternoon.

During Minchah on Shabbos Parshas Noach, the second parshah of the year, we read the first section of the next parshah of the Torah, the third parshah, which is Parshas Lech Licha.

And so on. So each week near the end of Shabbos we begin the next week’s parshah.

Once they have read from that section on Shabbos afternoon, it means that the congregation has begun to read the next parshah, and we may each begin studying the Shnayim Mikra V’echod Targum of the next week’s parshah.10

The best time to study the parshah is on Friday morning after the Morning Prayers, if you are able to do that. Many people find it difficult to study it all in one day, and instead read one section each day, and two on Friday. The sections are divided according to the way the reading is divided on Shabbos. On Shabbos they will call up seven people to the Torah, and for each one they will read one section (aliyah) of the parshah. So those who study the parshah during the week often read the first section (the first aliyah) on Sunday, the second aliyah on Monday, and so on. The last two they read on Friday.11

On Yomim Tovim (Jewish Holidays) we read from the Torah passages about the Holidays. It is not necessary to study these for Yom Tov.12 (Our preparation for Yom Tov is to study the Laws of that Yom Tov.)

The Midrash13 says that Rabbi Yehudah the Prince14 instructed his sons to finish Shnayim Mikra V’echod Targum before eating the Shabbos Meal. However, if it means keeping other people waiting, especially if they are hungry, then it is forbidden to delay the Shabbos Meal for this reason.15

Rabbi Huna the son of Rabbi Yehudah explained, “One must finish studying the parshah each week, the verses twice and the Targum once . . . and whoever does so will merit long life.”9

It seems worth the small investment of our time in order to increase our time! But most importantly, what a difference it makes to the spiritual level of our Shabbos!

10. Both suggestions are mentioned in the Mishnah Brurah 285:8

13. Circa first century CE, composer of the Mishnah